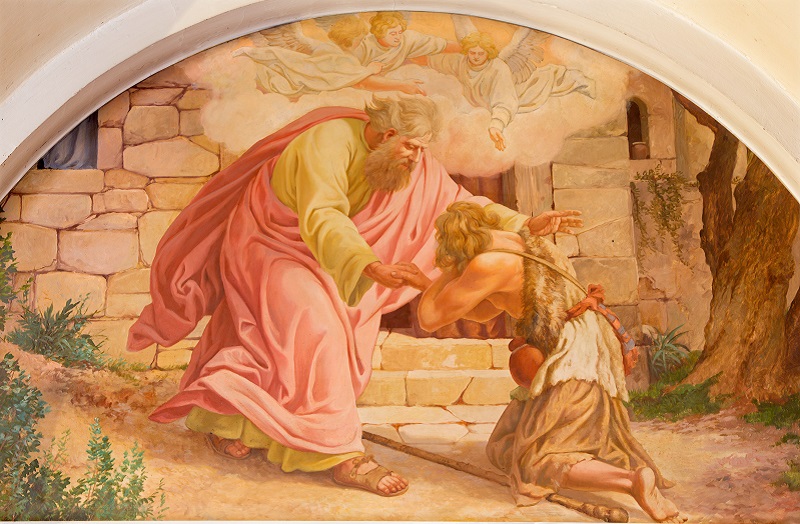 Let’s face it. As followers of Jesus, we have our own language. There are words and phrases we throw around when engaging in “spiritual” conversations that we would never use in our “normal” lives. And if I am honest, some of them get under my skin a bit.

Let me be clear . . . nothing is wrong with any of these, and I am not judging anyone for using them. It’s a me problem. I can’t really explain it, but for some reason, they make me squirm. And I’m sure I have a few of my own that don’t exactly resonate with other Christ followers. I hope that’s OK and that we can still be friends. While words are certainly important, preferences are mostly not.

(This is obviously not the focus of this post, but if you resonate with my comments about the “Christianese” language and you need a good laugh — and are able to laugh at yourself — check out this video: “Shoot Christians Say.” Just be sure to come back and finish reading when you are done!)

But while we are on the topic of words and their importance, I would like to discuss a couple that I believe are foundational to what it means to be a disciple of Jesus. And because they are foundational to our faith, these transcend personal preference. We must maintain a firm grasp on their significance, never allowing them to become commonplace or cliché. God help us if we ever believe we have grasped the fullness of either, and at the same time, God help us if we ever quit trying.

The Parable of the Knuckleheaded Son

Several of my favorite passages of Scripture are found in Chapter 15 of the Gospel of Luke. In this chapter, Jesus shares three stories, each demonstrating the Father’s passion for and relentless pursuit of those who have lost their way. Each parable presents a beautiful reality about the heart of God, and each is worthy of deep study and lengthy meditation. That said, here I would like to focus on the last of the three stories, commonly referred to as the “parable of the prodigal son,” found in verses 11-32 (we will only be examining 11-24).

Personally, I prefer to call this passage the parable of the knuckleheaded son, for reasons that should be obvious. Oh, and by the way, we are all knuckleheaded sons (NOTE: Being a “son” of God is not an issue of gender, but of identity and authority — just as both men and women can be the “bride of Christ,” both can be “sons of God” as well).

Then [Jesus] said: “A certain man had two sons. And the younger of them said to his father, ‘Father, give me the portion of goods that falls to me.’ So he divided to them his livelihood. And not many days after, the younger son gathered all together, journeyed to a far country, and there wasted his possessions with prodigal living.”

“But when he had spent all, there arose a severe famine in that land, and he began to be in want. Then he went and joined himself to a citizen of that country, and he sent him into his fields to feed swine. And he would gladly have filled his stomach with the pods that the swine ate, and no one gave him anything.”

See what I mean? We are (or at least, were) all knuckleheaded sons.

And lucky for us, our Father’s heart is filled with mercy and grace.

Mercy: NOT Receiving What We DO Deserve

At some point after insulting his father and hitting the road, the son apparently gets his hands on a copy of the latest Joel Osteen manuscript and determines that he is, in fact, not living his “best life now.” When the pig pod dinners just won’t cut it any longer, the son finds some humility and decides to make his way home.

“But when he came to himself, he said, ‘How many of my father’s hired servants have bread enough and to spare, and I perish with hunger! I will arise and go to my father, and will say to him, “Father, I have sinned against heaven and before you, and I am no longer worthy to be called your son. Make me like one of your hired servants.”‘

“And he arose and came to his father. But when he was still a great way off, his father saw him and had compassion, and ran and fell on his neck and kissed him. And the son said to him, ‘Father, I have sinned against heaven and in your sight, and am no longer worthy to be called your son.'”

When the son meets his father, he launches into a monologue that includes some of the truest statements in all of Scripture:

“I deserve to be disowned and treated like a servant.”

The son hits the nail squarely on the head with each statement, and the father does not argue with his son’s assessment. He doesn’t say, “No, no, son. It’s no big deal. Kids will be kids.” Interestingly, the father doesn’t say anything at all in direct response to the son’s words. This seems significant. Given that the father in the story is representative of our Father in heaven, I have to assume that he is a wise man who would have corrected any falsehood uttered by his son.

But the father remains silent.

It’s as though the son has said all that needs to be said about this subject. His humility is undeniable. His remorse and regret are clear. His heart change is evident. And like our Father in heaven, the father in the story is moved with compassion toward a repentant heart.

The son deserves rebuke and a place in the servants’ quarters. He receives neither.

This is mercy. This is our heavenly Father.

God’s Mercy, Our Need and a Man Named Jesus

I know I mentioned that I wanted to focus on two words that are foundational to the life of a follower of Jesus, and thus far we have only discussed one: mercy. Well, there is a little more to the knuckleheaded son’s story than what we have discussed thus far, and in that which remains, there is more to be learned about God’s character. But I would like to save that for next time. I hope that’s OK.

For now, my goal is to help you fall more in love with God because of His great mercy. If you grasp this reality, your heart cannot help but swell with love for Jesus. If we discuss His mercy and grace simultaneously, it might be too much for either of us to handle.

So, here are a few reflection points on the mercy of God that we learn from the parable of the knuckleheaded son and/or other places in Scripture. Please take some time to meditate on these and chat with the Holy Spirit about them. He loves to talk about this stuff!

If you are thankful for the mercy of God in your life, tell somebody! In fact, I would love to hear about it myself, so consider dropping a comment below or connecting with me on social media. And if you found any of this post helpful, please consider sharing it so it can help someone else. Next week we will talk about the second word: grace. Talk to you then!